I guess I’m dating myself using that title. Of course, if you immediately thought of Cliff Clavin when you read it, you are admitting your age as well 🙂

I have had some pretty cool opportunities in my life so far. Here are some interesting things – aka little know facts – you might not know about me…
I’ve placed a wreath on the Tomb of the Unknown Soldier at Arlington National Cemetery.
You’ll have to take me at my word for most of these, as they were pre-digital cameras and the photos are back in the states. But I do have proof of the last one. Here I am, cover model at age 3 1/2 for a local cable television magazine 🙂 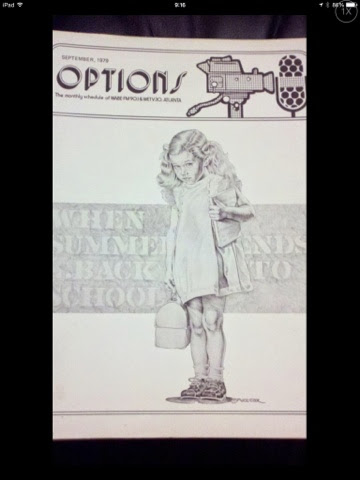 I would love to hear some of our readers’ little-known-facts!
Have a great weekend!

Sometimes the blog becomes my spot for confession.You may recall that in the past I’ve shared my strong attraction to things like
And now it’s time to admit one more. I’m here to share that I am addicted to really like Pinterest. A lot.
Pinterest has been our source for a lot of new meals, home remedies, restaurant copycat recipes, and homemade versions of things I can’t find in Norway. I’ve learned to improvise on things we miss from the states, and find healthy alternatives to some of our favorites. And of course, the occasional guilty pleasure is included as well!
One of my Pinterest boards is entitled Pinterest Success, where I save all the things that have received positive reviews from some pretty tough critics… 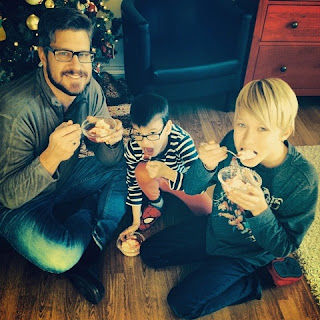 I thought I’d share a few of of our favorites, and ask if you have any Pinterest success stories to share.
Our Top Five Favorite Pinterest Finds, in no particular order
What are some of your favorites – or maybe even disasters – from Pinterest?
Here are a just few Pinterest-inspired projects and recipes we’ve tried over the last couple of years…

We made pizza for dinner tonight.
That’s not so unusual. We do that a lot. Really. A LOT. Yeah, we love pizza.
You know what made it even better? Check out what I’m wearing: shorts and no sleeves! Summer has arrived and the weather has been great. It reached around 26 C / 79 F today! We’ve even had a number of afternoon showers and thunder storms, much like we would have in Georgia.
Only a week and a half of school stands between us and our official start to summer, we are ready! 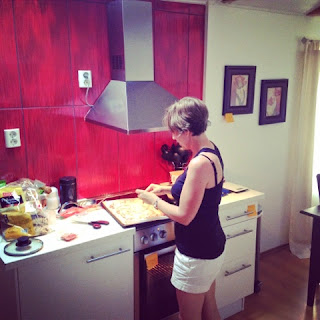 Daniel made an Easter Bunny at school on Thursday.Really cute – and maybe a little scary 😉

They traced their own feet to make the ears and legs. I have a feeling his bunny had the longest ears in all of second grade. He may not be tall, but the boy has some big feet!