Apparently my last post about surgery was confusing. I have not had my surgery yet. It is scheduled for this Monday, January 19.For those that aren’t caught up, I’m the lucky 39 year old that gets to have a hysterectomy (more on that HERE). Not the most exciting thing to deal with, but I’ve had some health issues that necessitate it. And I am totally ready to get it behind me. In fact, I was totally ready back on December 3 when I was originally scheduled for surgery. But as most of you now know, that didn’t happen (read about that HERE).

I could write a book about that whole experience. About the difficulty in understanding language if it involves medical terminology (WAY outside my limited Norwegian vocabulary), or when I have already been given strong medication. Or about the importance of bedside manner when delivering the news that you’ve sat in a hospital bed for seven hours, but the surgery will not take place (two different people delivered the news, in two very different ways). Or about how much it meant for friends to check on me, and especially those who heard the postponement news and replied with simple messages like “I am so sorry. That really stinks.” Because it did. Plain and simple. Or about how my mom worked so hard to get here to help out, getting bumped from flights and waiting in Minnesota and Amsterdam for hours on end, only to arrive to the news that surgery wasn’t happening.

But I am hopeful that Monday will end this part of the story! They have me placed earlier on the schedule, so it is less likely for me to get bumped this time. And while we don’t have a family member to help out this time around, I’m certain that my amazing husband will manage just fine!

I’ll try to keep you posted…

On most any Friday evening you can find us at home, eating pizza and watching a movie. It’s become somewhat of a tradition for Familie Dove.

We often give the boys the choice: pick up Grandis from the grocery store (Grandiosa, Norway’s most popular frozen pizza), get takeout from Balkan (our favorite to-go pizza in Sandefjord), or homemade. And most Fridays, they opt for one made from scratch.

Last night, we tried something new. Instead of our traditional rectangular pizza, we experimented with Chicago-style deep dish pizza. And while the boys still prefer the traditional style, Zack and I loved this new version!

I found the recipe HERE. I followed it for the most part. Ground sausage isn’t something I’ve been able to find in Norway, so I improvised with ground chicken and pizza seasoning (improvise is a word I often use when attempting American recipes here!). And I used pizza cheese for both layers of cheese, instead of the final parmesan layer. This was my first experience doing something like this with a springform pan, and I was very pleased with the results – well, once Zack managed to pry the sides off the pan!

Do you make homemade pizza? What type does your family prefer? What are your favorite toppings? I could make excuses for my lack of blogging, but I’ll just sayI’m back!

Well, for now at least.

Life has been hectic. Mostly good stuff, but hectic all the same. Between lots of language study, meetings, and daily routine stuff, I simply let my writing slip. But I really do hope to get back to it now. We’ll see how it goes!

Things are going well here. Fall is here. We are getting a lot of rain. But we really shouldn’t complain after the last few months of beautiful weather. It hasn’t been very cold yet. We had one chilly morning with a little snow, but it only lasted an hour or two and was replaced by more rain.

William finished another football season. We were very proud of him for his effort. And apparently his progress impressed the coaches as well. He got one of the three awards given out at the end of each year: Best fremgang (best progress).

Daniel is continuing with art lessons and is doing a great job! We attended an art show that his teacher was in, and really enjoyed seeing what she creates. 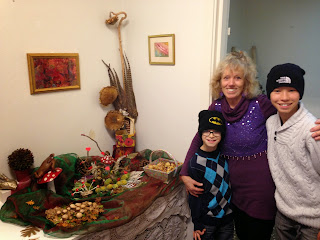 In fact, we liked her work so much that we bought several pieces. This one is now hanging in our kitchen. The photo doesn’t do it justice. 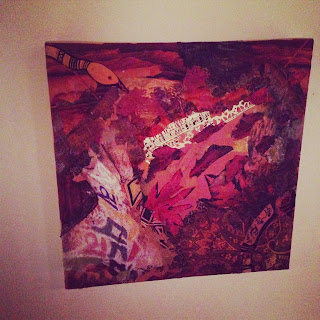 We’ve also had the opportunity to meet friends and colleagues for coffee, go to a couple of birthday parties, attend a costume party at the boys’ school, attend a musical, meet with friends for meals and other events, host a small Halloween party, and attend some seminars and conferences. Here are a few pictures from the past few weeks. 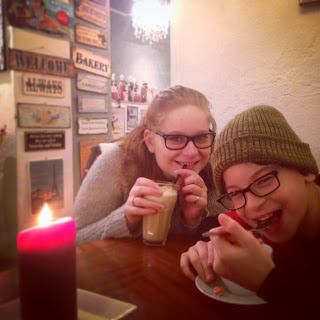 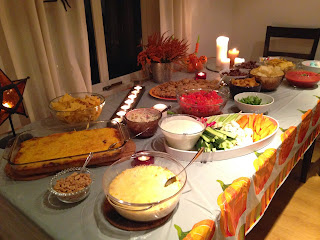 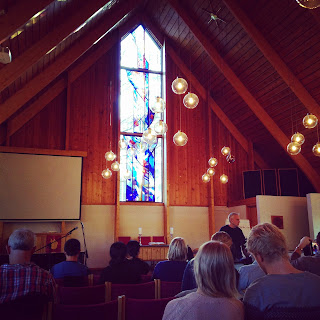 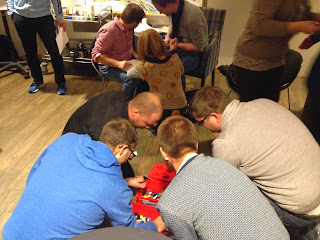 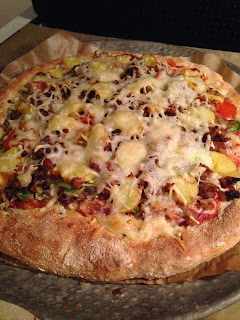 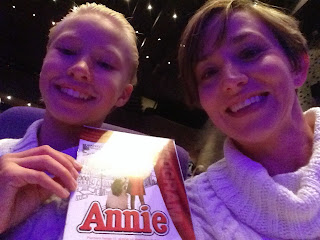 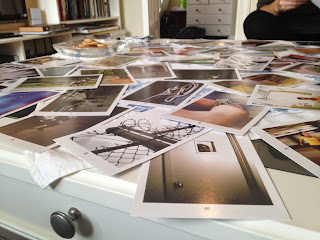 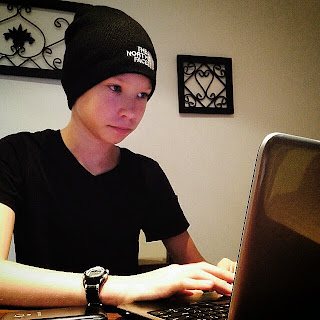 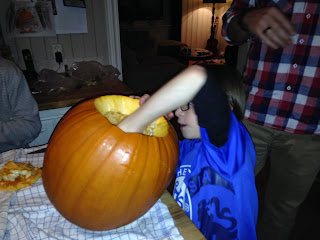 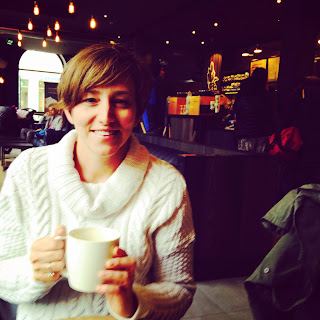 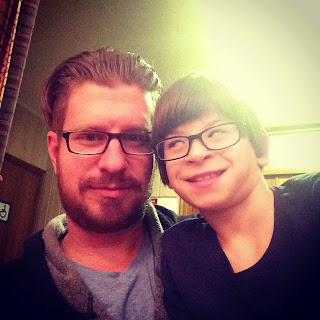 We love coffee. We enjoy trying different roasts and checking out different ways of preparing. Zack loves all the gadgets and experimenting with various brewing methods.

We live in what I consider a coffee culture. Coffee is good here. Like, really good. It’s strong. Flavorful. And in abundance. Coffee and conversation: it’s a big part of our lives here. Coffee is something we like to enjoy together, and something we share with others often.

So when our anniversary was approaching, we decided we’d really like to buy a new coffee machine (aka coffee maker, kaffetrakter) as our gift to each other. For the past 14 months we’ve been using the one that was left in our apartment. It was probably the cheapest model on the market and most of the time the coffee tasted scorched. We often use our french press, espresso pot, pour over, or aeropress when we have extra time and just want a cup or two. But we really like to have a machine for the mornings, so we can make a full pot.

We started doing some research and discovered MoccaMaster. They are handmade in the Netherlands and are reported to be the best. However, while they are super nice, the price wasn’t exactly in our budget. But thanks to an unexpected gift card from our power company, we were able to get the machine we really wanted for a REALLY good price!

I didn’t think it would make that big of a difference, but this machine rocks. A complete brew in six minutes, two heat settings for the burner so the coffee in the pot doesn’t get too hot, and the water is kept at optimal temperature throughout the brewing process. I love our new toy, and look forward to many happy years with it!